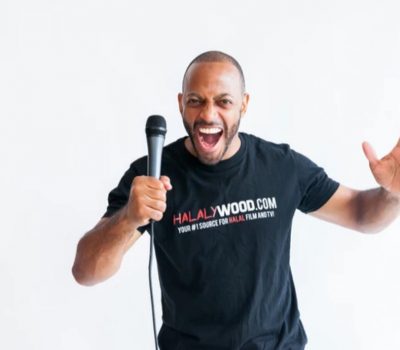 Omar Regan was born and raised in Detroit, MI.  He started writing songs at the age of 9, and debuted on the professional music scene along with his brother as a member of the group S.O.A at the age of 11.

S.O.A opened for renowned artists including, Redman, Method Man, Wu Tang Clan, KRS-One, Royce da 5’9”, Proof, and Eminem. In 1999 S.O.A was offered a record deal with Tommy Boy Records, S.O.A. held out hoping to receive more offers but in the end no deal was made and the brothers focused on solo careers. November of 1999 Regan jumped on stage as a stand-up comic in local Detroit Comedy Clubs and soon after auditioned and was awarded the leading role in a Regional Ford Focus Commercial and knew acting was his passion, all in the same year Regan left Detroit for Hollywood.

In 2001 Regan was offered and accepted the role as Photo Double for Chris Tucker in Rush Hour 2. In 2005 Regan was on the main stage at The World Famous Comedy Store in Hollywood and got the attention of talents scouts, soon after Regan appeared on E!’s reality series, “Fight for Fame,” and won a theatrical contract with Acme Talent Agency. The new show didn’t get picked up for a second season and a year later Regan was representing himself once again.

Regan is now international known, winning over audiences as far as England, Ireland, Scotland, South Africa, Australia, China, Malaysia, Zimbabwe, Saudi Arabia, Dubai and more. He has appeared in films including “Internet Dating” alongside Katt Williams and “Life is Hot in Cracktown,” alongside, Evan Ross, and Kerry Washington. Regan has now founded his own production company HALALYWOOD, and uses entertainment and humor to promote tolerance, diversity, and to build bridges across racial, religious, and social divides.

As an African-American Muslim entertainer, Regan offers a unique perspective on everyday life, his mission statement is an acronym of his last name, Reflect Excellence, Gratitude And Nur (Light) REGAN.