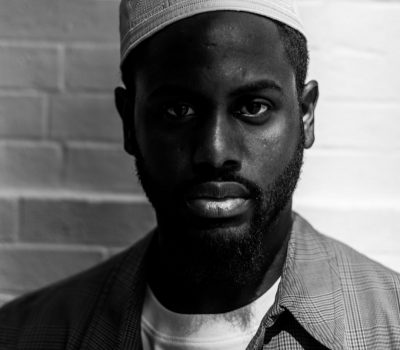 Touré’s poetry and prose has been featured in award winning publications such as Muslim Matters, Salon, Washington Post, Al Jazeera, The Nation Magazine and Sapelo Square.

Black Seeds, Toure’s debut collection of poetry ranked among the top in African American Poetry and Literature releases in Black History month on Amazon and was the winner of Best Poetry Book of Baltimore in 2016 by City Paper Magazine. Touré has been a featured lecturer/performer at Howard University, Princeton University, Georgetown University, among many others. He has been regarded by legendary hip hop artist Black Thought as the Amiri Baraka of our era. Imam Omar Suleiman has identified Tariq as a vessel of the Muslim community.

Toure is a 2020 winner of a Short Film award from the Center for Global Muslim Life for his film Dear Beloved Son.

In 2017, Toure’s writing was contributed to Gordon Parks’ Fellow and Times Magazine featured Photojournalist Devin Allen’s book and exhibit, A Beautiful Ghetto which was nominated for an NAACP image award. Touré is the author of 2 Parts Oxygen, his sophomore collection exploring faith, family, and fatherhood.